[Screenshots of Minecraft on the Raspberry Pi can’t be made with VNC or screenshot tool like scrot, but they can be made with the excellent raspi2png.]

We did some Python programming in Minecraft on the Raspberry Pi for our summer projects.

Child 2 made some lovely houses and enjoyed destroying things much more efficiently than when you do it by hand: 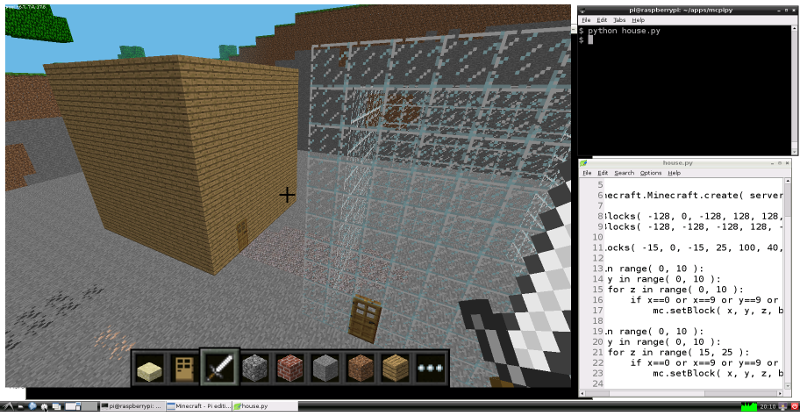 and Child 0 made a spell book. You can see the “elements” spell has been cast in the background (earth, air, water and fire), the “topsy-turvy” spell on the right, the “frozen” spell on the left, and on the far left you can just see a bit of the “river” spell: 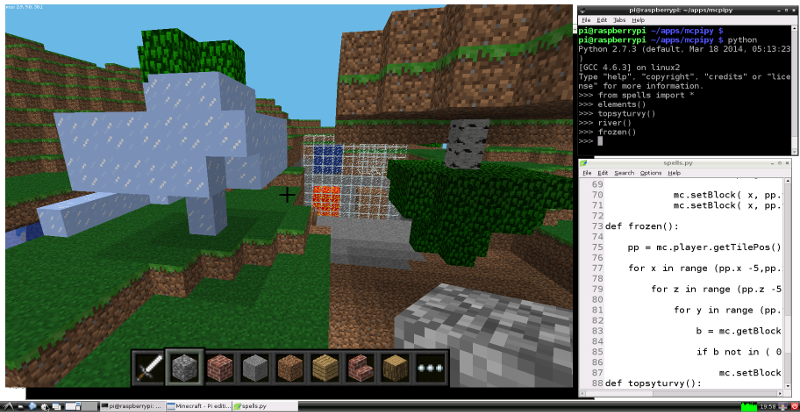 To cast spells you must first utter the magical incantations:

then each spell can be cast by simply saying its name followed by the double brackets of power, for example: