I recently read an article saying that Christianity had 33,830 denominations, with 150 having more than 1 million followers. Checking the references, World Christian Encyclopedia was cited as the source; David Barrett had spent 12 years traveling the world, talking to people to collect the data. An evidence-based man, after my own heart.

Checking the second-hand book sites, I found a copy of the 1982 edition available for a few pounds, and placed an order (this edition lists 20,800 denominations; how many more are there to be ‘discovered’).

The book that arrived was a bit larger than I had anticipated. This photograph shows just how large this book is, compared to other dead-tree data sources in my collection: 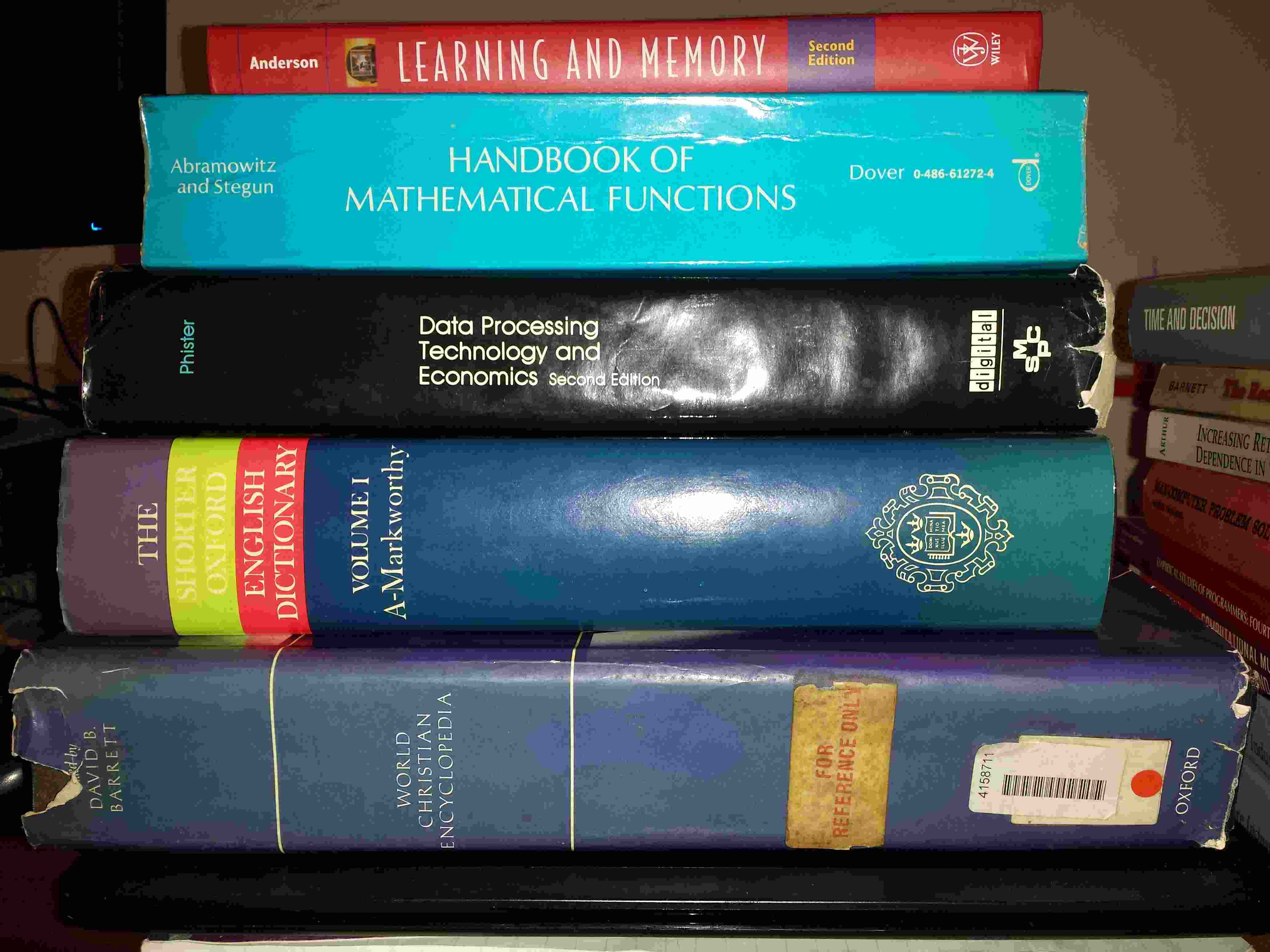 The data is available to researchers, but is not public

The World Christian Encyclopedia is way too detailed for my needs. I usually leave unwanted books on the book table of my local train station’s Coffee shop. I have left some unusual books there in the past, but this one feels like it needs a careful owner; I will see whether the local charity shop will take it in.